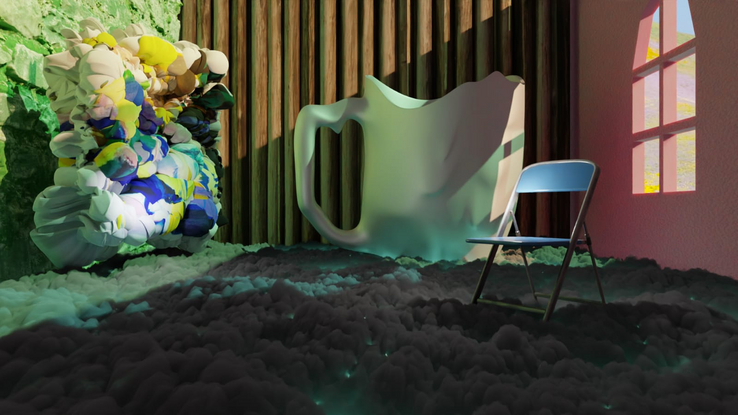 Lea Grüter was nominated for the AHK graduation prize with her thesis for the Master Museology entitled Introducing the concept of Parrhesia of Traces: A study on the memory politics of Nazi-looted art restitution or: „What are we forgetting? “

With a bachelor in art history from Germany, Lea had experience with researching objects prior to joining the Reinwardt Academy Master’s programme in museology. Through her research, Lea was keen on breaking down the narrow frameworks in which restitution is currently discussed and formulating a theory in which different professional discourses, such as legal and historical, are integrated and connected to the present.

This integration of different disciplines makes sense, as Lea explains. It is the separation between different (professional) discourses which gives rise to gaps in the discussion. The recognition of these gaps is central to Lea’s thesis: the forms of oblivion that are part of the dominant Nazi-looted art restitution discourse of today. Lea reflects on the shifts in the way society regards the crime, its response and the way in which essential notions such as restitution, memory and museum keep being redefined.

She learned that the way Jewish people are perceived in common narrative has little to do with the actual histories of the people behind stolen objects. There is a pre-existing idea of the victims with little attention of the unique varied experiences of each affected individual. She also notes there is a disproportional amount of focus for the economic value of the objects and the way the discussion is further framed makes it seem the main crime here is the stealing of art. In that narrative the intent that drove all events is omitted, which was to eradicate the communities this art belonged to.

Lea highlights that no previous academic study had critically questioned the dominant narratives of the current Western European Nazi-looted art restitution discourse itself as being a product of socio-political dynamics of memory and forgetting. Even the concept restitution itself doesn’t seem to reflect the complexity of the situation. As a legal term, it means re-establishing a status quo or going back to what was before. But you can never re-establish the status before the Shoah.

Lea’s thesis is about the societal value of a discussion on contradictions for which no just solutions exist. It is about the social potential of putting the own narrowed narrative for review, even though it is uncomfortable. The histories of these stolen objects can allow people to connect to the societal members they belonged too, as individual human beings that are not there. The artefacts refer to a fragment of what we as an ongoing world have lost through genocide in the diversity of people we remember and fully recognize as such.

Lea was offered a position doing provenance research at the Rijksmuseum at the end of her internship there as part of the master’s programme. In her new capacity as a Reinwardt alumna and professional provenance researcher, she was keen to receive our current students of the master Applied Museum and Heritage Studies earlier this year and discuss these issues in a critical manner.