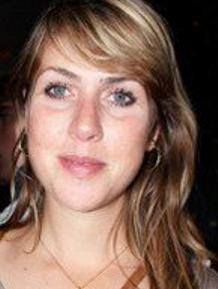 Museums are becoming more and more aware of the fact that they need to be of service to their surrounding communities. That is why several museums are 'going into the field', looking for (contemporary) heritage as well as approaching the public in new ways to generate interactive interest. This not only helps museums to keep and justify their existence; but it also makes museums more relevant and attractive to upcoming and future generations.

A ‘collective’ approach in heritage collecting creates a beneficial interaction between both parties. The museum helps the community to bond with its historical and cultural roots and thus helps to shape its identity. Similarly, the museum opens its doors to more stories and knowledge. This newly obtained information and output from collaboration often becomes part of the museum collection.

By introducing new ways of collecting, museums have entered a very complex field; namely the field wherein an anthropologist and sociologist would normally work. Possible obstacles, which are becoming obvious in practice, include finding the right balance between process and (end)product, and establishing an equally, mutually respectful collaboration between communities and the museum itself.

This research attempts to answer the central research question: To what extent does the new way of collecting contemporary heritage within Museum Rotterdam, influence and have consequences for the (ethical) role and responsibility of the Museum and its professionals?

In the theoretical framework the importance of culture for the community and the relevance of cohesive participation will be investigated using sociological and anthropological sources.

In order to investigate the central research question more closely, the relationship between process and (end)product will be addressed by analyzing specific projects which were part of the participation program De Stad als Muze/The City as Muse. These analyses show the consequences of introducing new forms of collecting contemporary heritage for the museum as a whole and for the professionals of Museum Rotterdam. They also give insight into certain ethical aspects regarding the relationship between the museum and its source communities.

Further research will be done in to what extent professionals of participatory museums already have the necessary (new) skills, what skills they need to develop and how they can best maintain relationships with the communities. This insight is being supported by opinions and visions of experienced (museum) professionals in practice. 5 Finally, certain aspects of the present ICOM Code of Ethics for Museums will be investigated in order to evaluate their contemporary significance, and their implications for museum professionals with regard to finding equilibrium when working with a community in a participatory collecting process. Thus the study will show to what extent particular parts of the code are no longer applicable in a day and age where social and cultural developments are continuing at a steady pace.