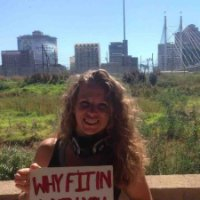 Muay Thai in the Netherlands. Lost in Translation or Reborn Rituals?

In the 1970s two Asian martial arts entered the Netherlands, Japanese kick-boxing and Muay Thai. These martial arts encountered a new audience and mixed with one and another. In the years a new hybrid style was developed which acquired fame all over the world. Amsterdam became the second city in the world to learn Muay Thai and kick-boxing. With this new cross-cultural hybrid form, aspects around the sports changed as well. Muay Thai has a long history in Thailand and changed over the years going from a martial art used during war to a sport for fitness and entertainment. The intangible cultural heritage of the sport and art is diverse and very large. Muay Thai are the veins of Thai history. Dutch Muay Thai is not part of Dutch history and the Dutch Muay Thai community is often seen as a criminal community or an unimportant one. However, the Netherlands does have a rich history when it comes to Dutch Muay Thai. The sport also has a broad intangible cultural heritage. Still the sport and its community are being punished for bad occasions that happened over the years. By acknowledging both the positive sides and the negative sides and embracing the intangible heritage, the sport and its community can grow and become more valuable for the Netherlands.