Publication in Dutch
Get Real! was the theme of the Week of the Empty Building in 2015, held in the former head offices of the Municipal Water Board of Amsterdam on Condensatorweg. This eight-floor building, which was built in the nineteen-sixties and renovated in in 2006, had been vacant since 2010. This publication contains the ideas and solutions provided by six interdisciplinary teams for the more than 7,000 square metres of surface area and the surroundings, as well as articles, photo essays and interviews. 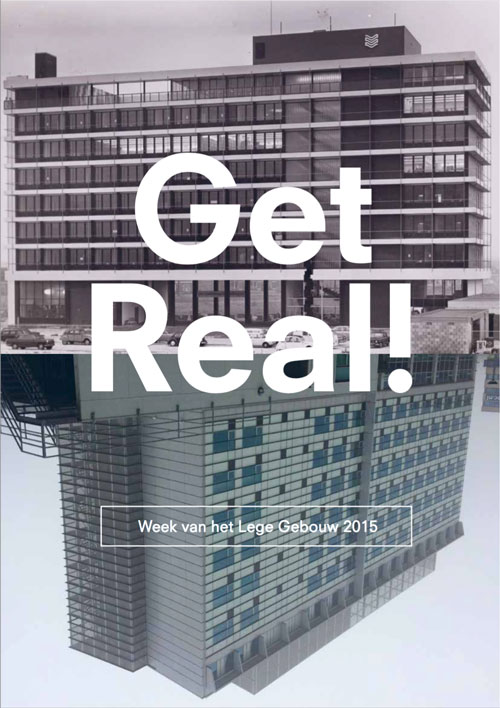